What are the Vedas? Who wrote them?

So, where did these Vedas come from? How can a text contain everything about the universe?

How did rishis, who were humans just like us, understand everything ?

Did humans write Vedas or is it god sent?  Does that make logical sense? Are vedas equal or better than science. Or is modern science better?

These are the questions that I am sure many of us ponder upon. And questioning is good. Only when we question and reason, do we have a chance to understand and evolve..

Firstly, let us understand what these vedas are and how is that the vedic chants seem to carry the power to make anything happen in our lives

Everything in our universe has a vibration. Even objects that appear to be stationary are in fact vibrating.  This entire universe came to existence from a phenomenon called the Big Bang.  And the universe started expanding in all directions. Everything in this space time continuum has an innate vibration, a sound, which we cannot hear or even measure yet at times.

Now, in deep meditative states, the rishis entered a certain zone where they could tap into these cosmic vibrations. They could understand every event, every phenomenon, every object, deeply. In other words, they were in connection with the very making of the universe.

These vibrations were then converted into specific sounds that humans could listen to, and broadly, these sounds were referred to as the Vedas.    So vedas are not a textbook, it has no beginning or end, it is an infinite song, the song of the universe.

Later several rishis dedicated their lives to compiling parts of this song that could be useful to existence at different levels, such as the science of consecrating energy, the science of health and so on.  Centuries of work layered upon generations from generations by great rishis led to four major vedas as the main branches. Further documentary upon these vedas called upanishads and puranas came to be.

Even today, vedas are taught orally through rhythm and sound. Because writing them down and grasping them via reading is almost an impossible task.  Several aksharas that carry potent energy in them (called bhijaksharas or seed sounds) are repeating in different permutations and combinations with different amount of stress, high and low tone pitches, sometimes stretched, sometimes mashed, to consecrate and create a certain type of energy depending on the situation

The next time you hear vedic chanting as you are passing by, stop and observe the interplay of sounds. Observe what it is doing to your mind. It calms down one’s thoughts so quickly and brings an inner smile.

In certain inner sanctums and temple premises if you get a chance to hear vedic chanting, do take a pause, and observe. You will definitely notice that you are getting drenched in some form of energy, that is without a doubt, the divine.

We hope this has clarified questions like ‘Who wrote the vedas’. It is not a single person’s effort but rather a documentary on the universe and various subtler aspects of human life by several rishis.

So are the vedas a science?

One comes across many articles and videos talking about how the vedas have advanced mathematics, concepts of electricity, nuclear sciences, medical sciences within it and so on.

It is definitely true that some of the rishis looked at practical applications of vedic knowledge in various fields. However their approach is observational and meditative while science follows theory, proof and repeatable logic.  Hence naturally, modern science is better suited for some scenarios where as vedas come to our rescue for subtler concepts

Instead of calling vedas a science, let us look at it from a spiritual lens.  Science is based on observation, proper theory and a repeatable logic that can be proven.  Vedas/Spirituality however is talking about an experience which is beyond the physical. It cannot be proven but it can be felt.

Let us let each be and take the best out of both for our well being. Instead of pitting them against each other, let us appreciate both and move forward in our evolution

The benefits of reading vedas or chanting vedas or listening to vedas cannot even be described. Because vedas are directly operating at the creation source level, they have the power to fix anything, manifest anything.

However something so powerful has to be utilized and ventured into with care. This is the reason why vedas have always been taught under the supervision of a guru and in a gurukul vedic school.

People, especially in social or family situations can utilize vedas and pujas to fix any nagging issues or problems which otherwise cannot be solved by logic or human effort alone.

By using vedas ethically to solve our own life problems and by using pujas and homas to come out of tough periods in life, we can make our own life smoother and thus give our mind a peaceful environment so that it can focus on the real goal : spirituality and connecting with the creator 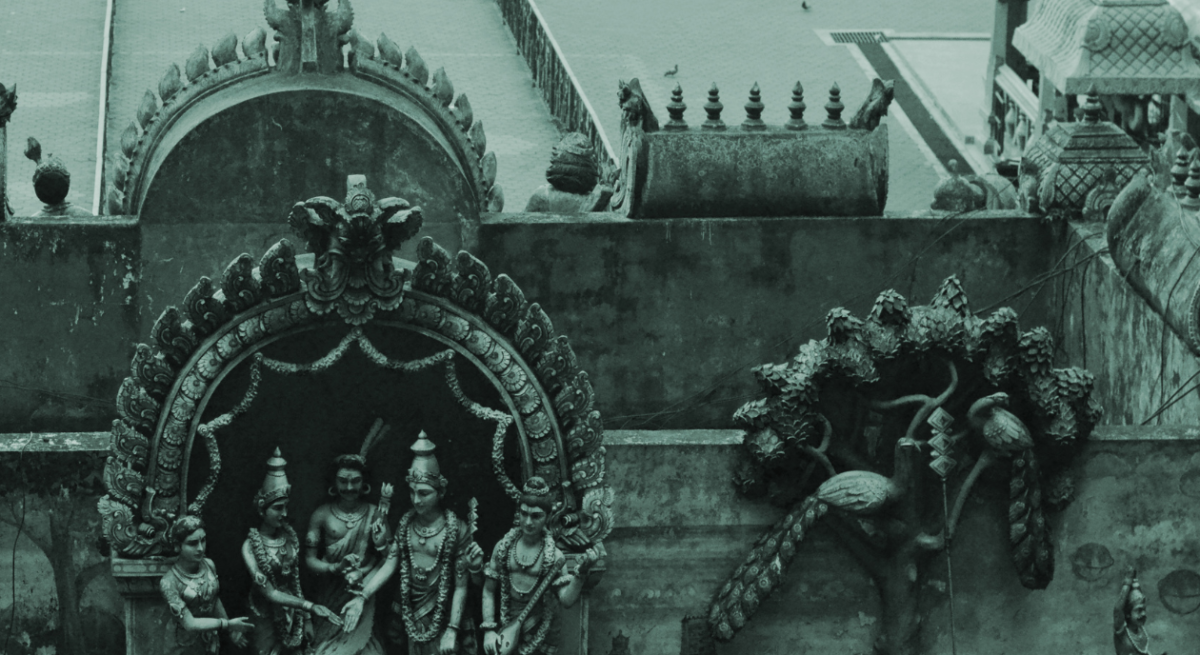 Why so many gods in Sanatana Dharma?

You may often ask yourself, “Why do we have so many gods and pujas in sanatana dharma?  This universe that... 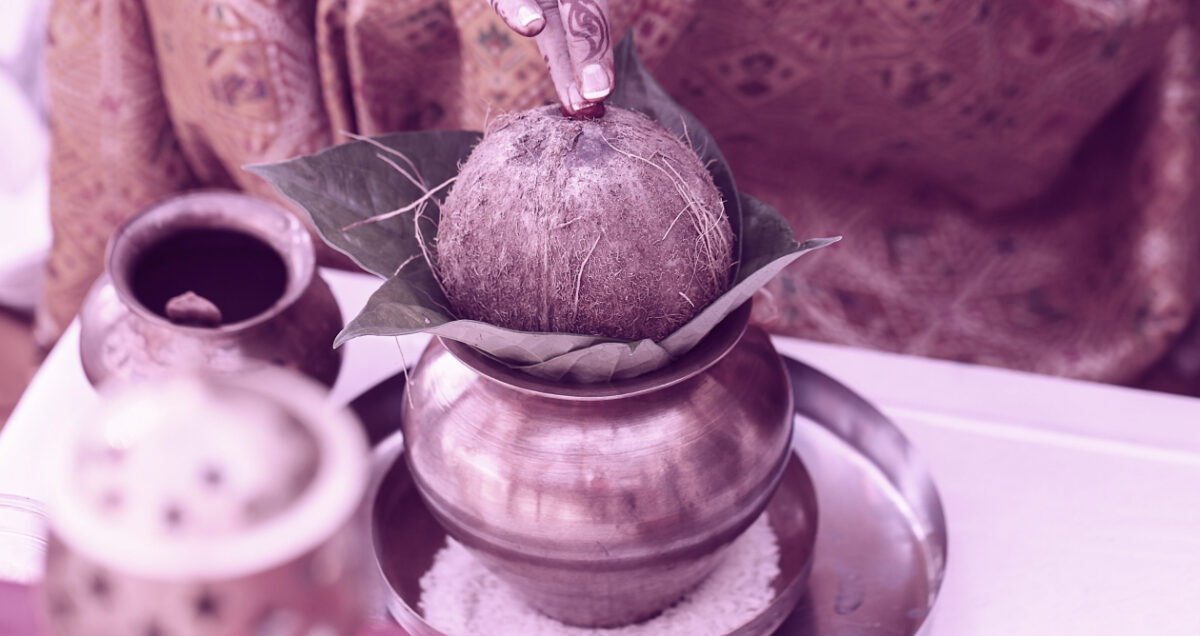 Why Do We Do Puja? The Importance of Puja in Our Lives

Puja is an essential ingredient of sanatana dharma. As individuals, knowing the importance of puja is vital. Puja is the... 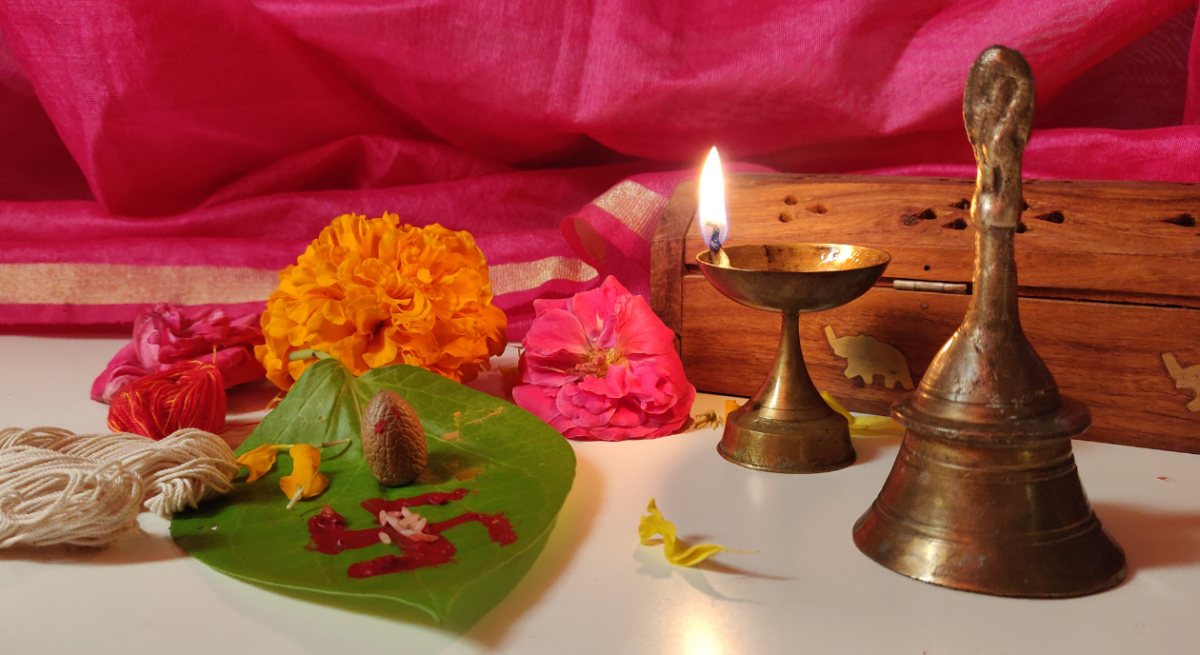 We often say God is within us and Everywhere. If Yes, Why Is Puja Needed?

Making a connection with the Divine to fulfill material desires while also making spiritual progress is the core concept of...

Your enquiry has been successfully sent

Enter your mobile number and continue to login

Please enter the code sent to +

Please enter the code sent to

Hurray! You have successfully registered with Karishye